Pot Pie… and the Beanstalk? 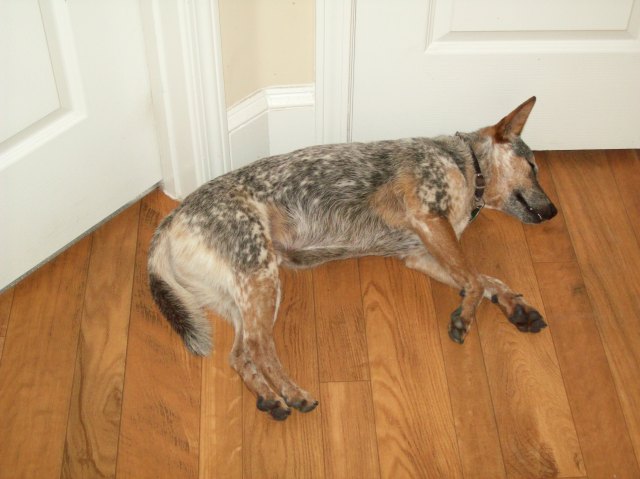 “Literature is a luxury; fiction is a necessity.” G. K. Chesterton

Once upon a time there was a mean ol’ German Shepherd named H’tailog. He was notoriously known for slinging slobber on all the Jack Heelers of Farmia. No matter how often they bathed, just as they thought they might sleep in the comfort of the House of the Namuh’s, sure enough, here came H’tailog once again covering them in his slippery slobber. None of the Namuh’s would allow the Jacks into the house with slobber dripping, and they were therefore forced to sleep outside.

One day, a young cattle herder named Pot Pie became tired of seeing all the Jacks forced to sleep out in the elements of the weather. So he approached the leader of the Jacks with a proposition. “Here’s what I’ll do,” said Pot Pie. “Give me a bucket of sponges and a worn-out mop handle, and I’ll rid Farmia of H’tailog.”

Luas, the leader of the Jacks was insulted. “Are you kidding me?,” asked Luas. “You’re just a pup.” “Mightier Jacks than you have approached H’tailog, and look, they’re still dripping with slobber.”

“Yes,” said Pot Pie, “but your servant tends the herds.” “Once, when I was herding cattle, a bull came running after me, and I stopped him in his tracks.” “Just ask mom (that’s TC).”

Luas had his doubts, but he was at a loss for answers. So he agreed to send Pot Pie into battle against the drooling H’tailog.

So there they were… Pot Pie staring up (way up) into the eyes of H’tailog. Slobber dripping from the shepherd’s mouth. A chunk of rawhide chew hanging out of Pot Pie’s mouth. A ‘rolling-on-the-floor-laughing’ toy laying on the ground close behind. And H’tailog roared, “Am I a dog?… uh… forget I asked that.” And then…

Pot Pie reached down and picked up five angry birds…

Okay… Okay, that makes no sense. Well… until you click on the link below. (Oh, by the way, thanks LeRoy for teaching me to do this.) (and the crew from bickleyhouse, thanks)

Will Farmia forever be covered in spittle? Has Pot Pie finally bitten off more rawhide than he can chew? Is this the end of our caped crusader? Tune in next time… enough already, just… [revision due to failed link, well, here’s the pic.] 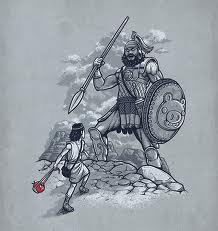 Seeking the rest that is only promised and found in Christ Jesus, along with my treasured wife of more than twenty-five years, we seek to grow in our relationship with our Heavenly Father, walk with the Holy Spirit as He moves our hearts, loving others always as Jesus loves us, and carry the news of His glory, the wonderful gospel, that gives light and life where there once was only darkness.
View all posts by mtsweat →
This entry was posted in PossumPosts and tagged Christianity, faith, humor, inspiration. Bookmark the permalink.

1 Response to Pot Pie… and the Beanstalk?